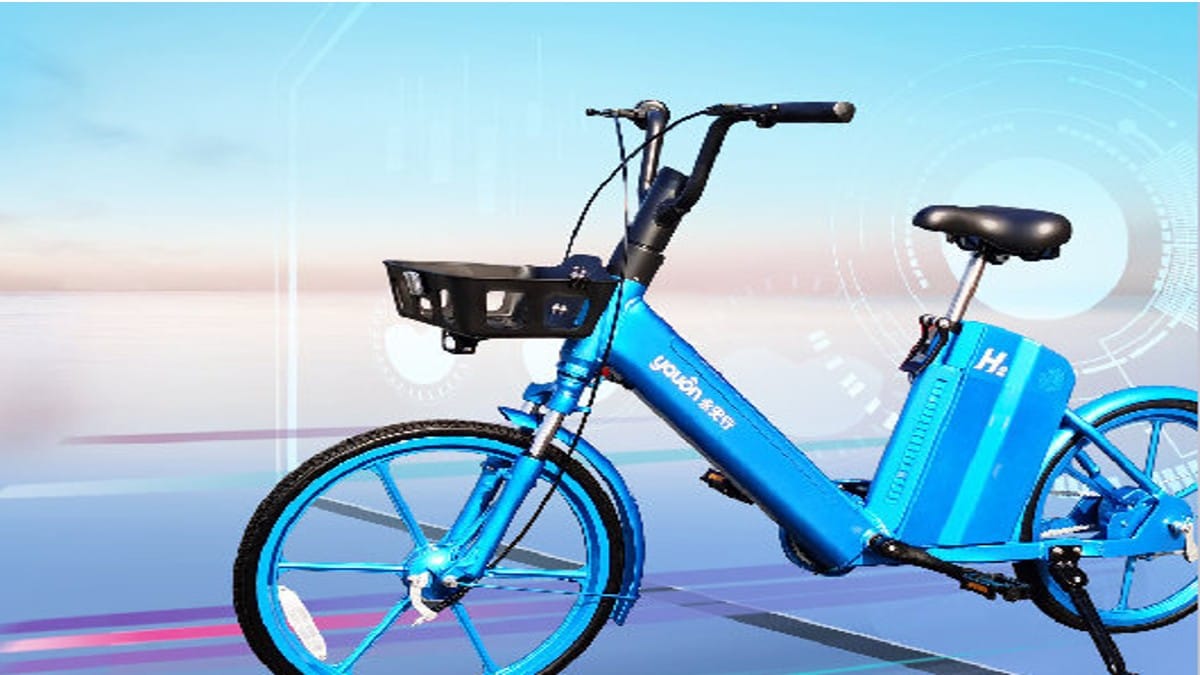 Many countries are trying to prevent major disasters that can come on the earth due to global warming. Big cities around the world are taking new measures to curb carbon emissions. Different studies show that our private transport system is a major contributor to carbon emissions. Of these, cars are considered the most responsible. Because of this, the governments of many countries are now insisting their citizens to use bicycles or public transport to walk, go to work or school. Along with this, emphasis is also being laid on improving public transport and creating cycle friendly infrastructure.

China’s popular bicycle sharing platform YouOn has launched its first hydrogen powered bicycles to the public. At present, these bicycles are available only in Changzhou city of Jiangsu province of China. These were made available for 20 minutes for a fare of 2 yen on the day of launch.

Gizmochina’s Report As per reports, these cycles are made of sturdy metal which has been painted bright pastel blue. The hydrogen tank is given in the diagonal body of the cycle. A hydrogen power transformer has been fitted under the seat of the bicycle. The cycle is said to be light and safe even after several components are installed.

A YouOn spokesperson mentioned some of its highlights like – the cycle can run up to 70 km on full hydrogen power and 23 km. Per hour speed can be reached. While climbing a climb, it is assisted by electric power, due to which the cyclist has to put less energy.

Yuon was working on hydrogen power cycle since 2017 but its first successful trial took place in October 2019. During research and development, most of the focus was on the hydrogen storage problem. The company has developed a low-pressure hydrogen fuel tank that can compress from 30MPa to 2MPa. Due to this, the cycle gets more mileage while running on hydrogen power. Due to this new innovation, the mileage of hydrogen powered bicycles has now exceeded that of electric bicycles running on lithium-ion batteries. At present, the cost of manufacturing hydrogen powered bicycles is higher than that of lithium-ion electric bicycles. Yuon says it will have 10,000 more such bicycles available by the end of 2022 to raise awareness about the carbon footprint.