Wait is over! Delivery of Ola S1 and S1 Pro electric scooters will start from tomorrow, company shared video 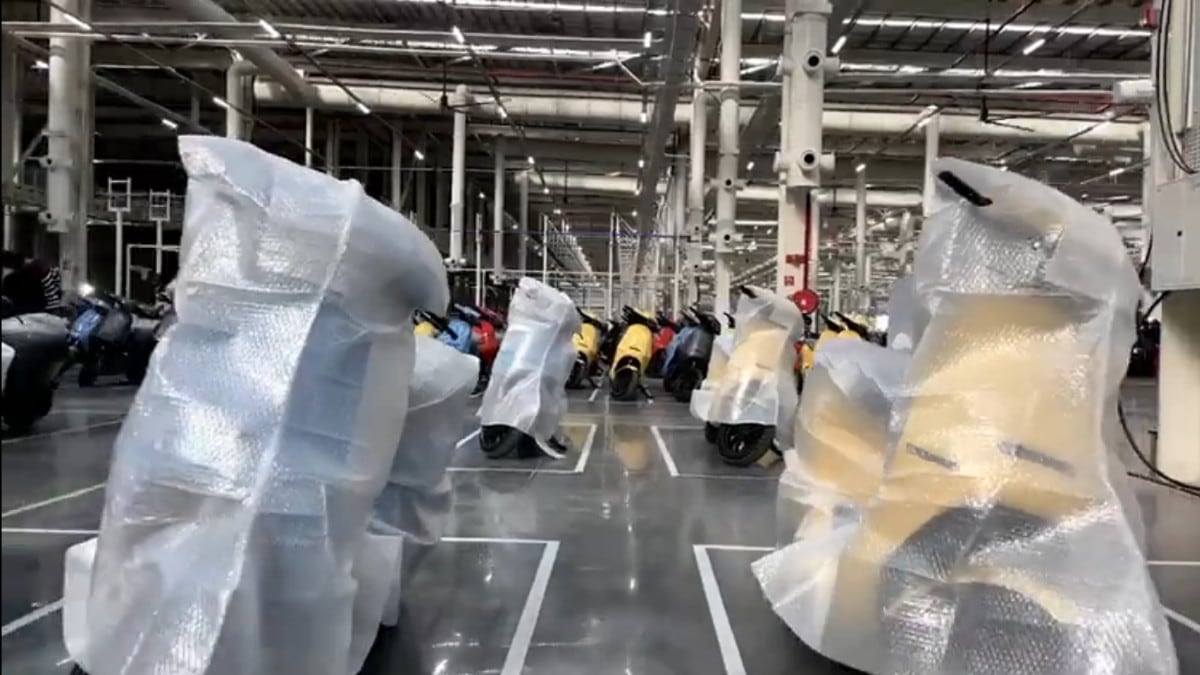 The delivery of Ola S1 and S1 Pro electric scooters is going to start from 15th December and just a day before the delivery date, on Tuesday, the company’s CEO tweeted in a native style and requested delivery to all. Alert has been given. Bhavish Aggarwal wrote in his tweet “Gaddi nikal chuki!”, which means that the scooters of those who have booked Ola scooters have started leaving the factory for delivery.

Agarwal has Tweet I have also shared a video, which shows all the Ola scooters made by women in the factory. In this, women are seen packing scooters. The charger is housed in the scooter’s storage box. In the video, three women are seen escorting the delivery truck, which has scooters from the first batch of deliveries. Let us tell you that all Ola S1 and S1 Pro electric scooters made in Ola factory have been made by women. This Futurefactory (name given by the company) is being run by women.

The Bengaluru-based cab and mobility firm launched the S1 and S1 Pro electric scooters on August 15. After this, the booking of these scooters was started from 15 September. After this, the company also started their offline test ride facility. Now, for some time now, customers have been waiting for the quick deliveries of these scooters and finally Ola has put an end to this wait.

Ola’s India-made electric two-wheelers have been launched in two variants and both get 8.5kW of peak power. The vanilla Ola S1 is powered by a 2.98kWh battery with a top speed of 90kmph and a range of 121km. It gets two riding modes – Normal and Sports. It is claimed that it can accelerate from the stopped position to 40 kmph in 3.6 seconds.

The Ola S1 Pro, on the other hand, gets a 3.97kWh battery with a claimed top speed of 115kmph and a range of 181km via an “optional performance upgrade accessory”. It has three riding modes – Normal, Sports and Hyper. It can accelerate from 0-40 kmph in 3 seconds.

The Ola Electric does not get a physical key, instead it uses the paired smartphone as a proximity key. Essentially when that phone is nearby, the electric two-wheeler will automatically lock or unlock. These two-wheelers also come with a 7-inch touchscreen that runs on multiple microphones, AI speech recognition algorithm and MoveOS developed by Ola Electric. There are 110/70 R12 tyres at both the corners along with rear mono-shock suspension and front single fork suspension.