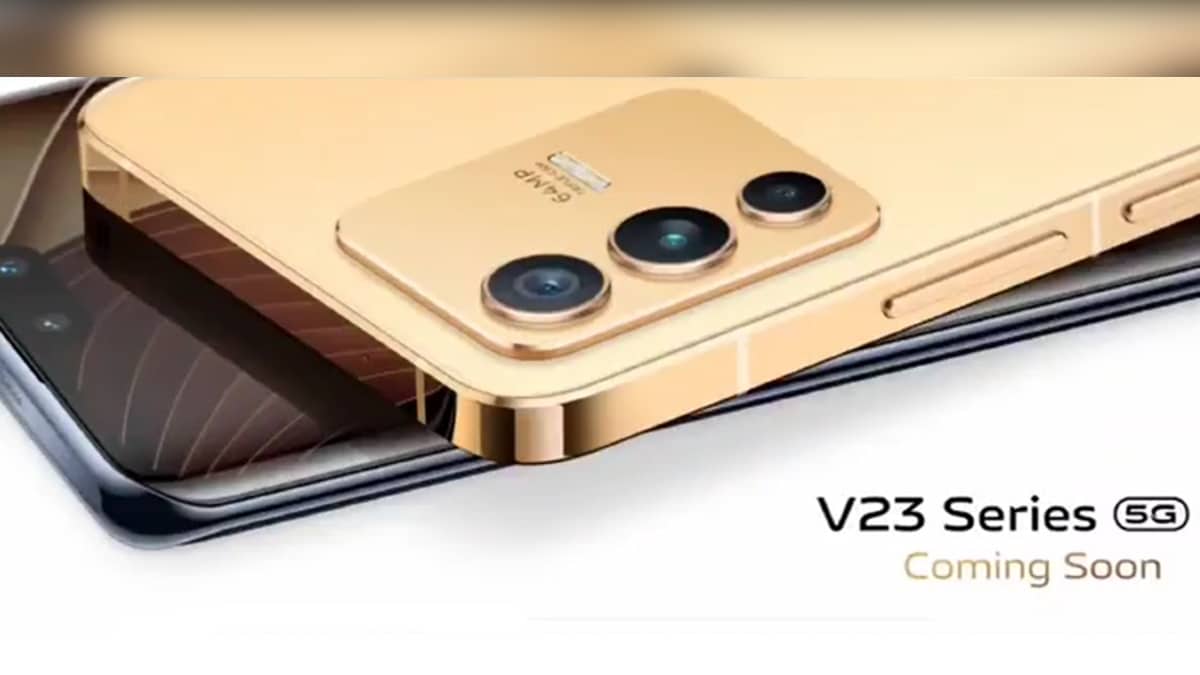 GSMArena reports a via Twitter Video The clip shared shows the ‘Sunsign Gold’ color option of the Vivo V23 series smartphone with an “ultra slim 3D curved display”. At the end of the video, two Vivo phones can be seen, one with a curved screen and the other with Apple iPhone 13 Pro-like spines. There is a triple rear camera setup on the back panel of the phone, whose primary camera is 64 megapixels. is of The video was purportedly made live during the Kabaddi match without announcing the launch date, mentioning “Coming Soon” for the series.

An old report has claimed that the Vivo V23 series smartphone will have a 64-megapixel primary camera, while this phone can be launched in India in January. The information of the 64 megapixel camera is also confirmed in the video clip. Vivo V23 Pro phone has been spotted on Geekbench, which suggests that the phone will be equipped with MediaTek Dimensity 1200 processor and will have up to 8 GB of RAM. For photography, a dual selfie camera can be given in the phone, which will be of 50 megapixels. At the same time, a 108-megapixel camera can be found in the back, while the Vivo V23 phone can come with a 64-megapixel camera.