Tesla Model S electric car worth crores blown up with 30 kg of gunpowder, know why? 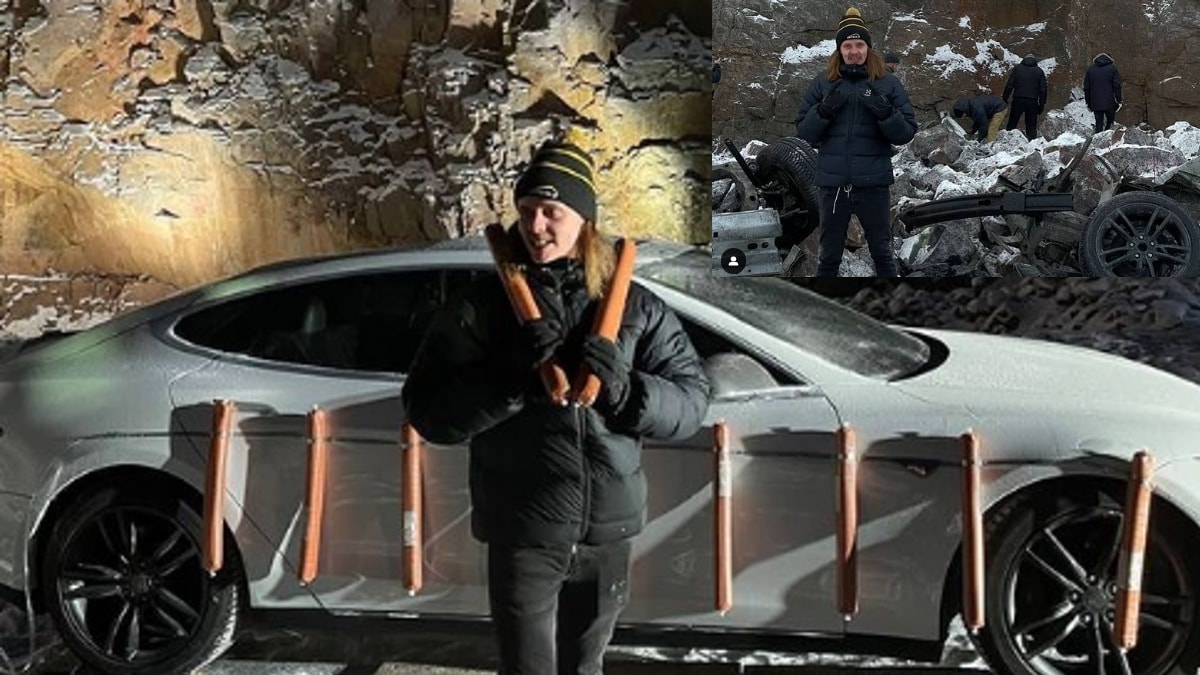 All the users of the world are happy with Tesla cars, if you believe the same, then you are wrong. By reading the headline of the news, you must have come to know that the owner of a Tesla car blew up his Tesla Model S electric car worth crores of rupees with dynamite (gunpowder). But, why did he do this? This Tesla user, who lives in Finland, has not done such a feat as an amateur, but a media report says that the person was unhappy with Tesla’s customer service. Let us know about the matter in detail.

According to The Week magazine, this man, Tuomas Katainen, who lives in Finland, was the owner of Tesla’s electric sedan car Model S for the last eight years. But for some time his electric car was facing some problem. He complained to Tesla and after waiting for a month, he got a call from the service engineer of Elon Musk’s electric vehicle company, and he needed to replace the entire battery pack of the car.

The report says that since the car’s warranty had expired, he had to pay around €20,000 (approximately Rs.17 lakh) for this battery pack. While they were finding a third-party service cheaper, Tesla’s lock ecosystem doesn’t allow that to happen.

What was it then, Katainen wanted to tell the world that electric vehicles cost a lot to maintain. For this he decided to blow up the car using 30 kg of dynamite. So much was the frustration and anger that before the explosion, Tesla Malik even placed an effigy of Tesla CEO Elon Musk inside the car.

A video has also been made of this entire exploit of the explosion and Tuomas Katainen has also shared it on YouTube. The car was completely destroyed after the blast. The car owner says he is glad that he is the first person to burn a Tesla car like this. He is telling history to this feat.

Let us tell you, Tesla Model S comes in two variants. The base model has a full charge range of 375 miles (approximately 603 km). The top speed of this trim is 250 kmph. The company claims that this trim can catch the speed of 0-96 kmph in 3.1 seconds. At the same time, if we talk about the premium model, then this car gives a range of 560 km in full charge. The top speed is 322 kmph and this model can accelerate from 0-96 kmph in 1.99 seconds.