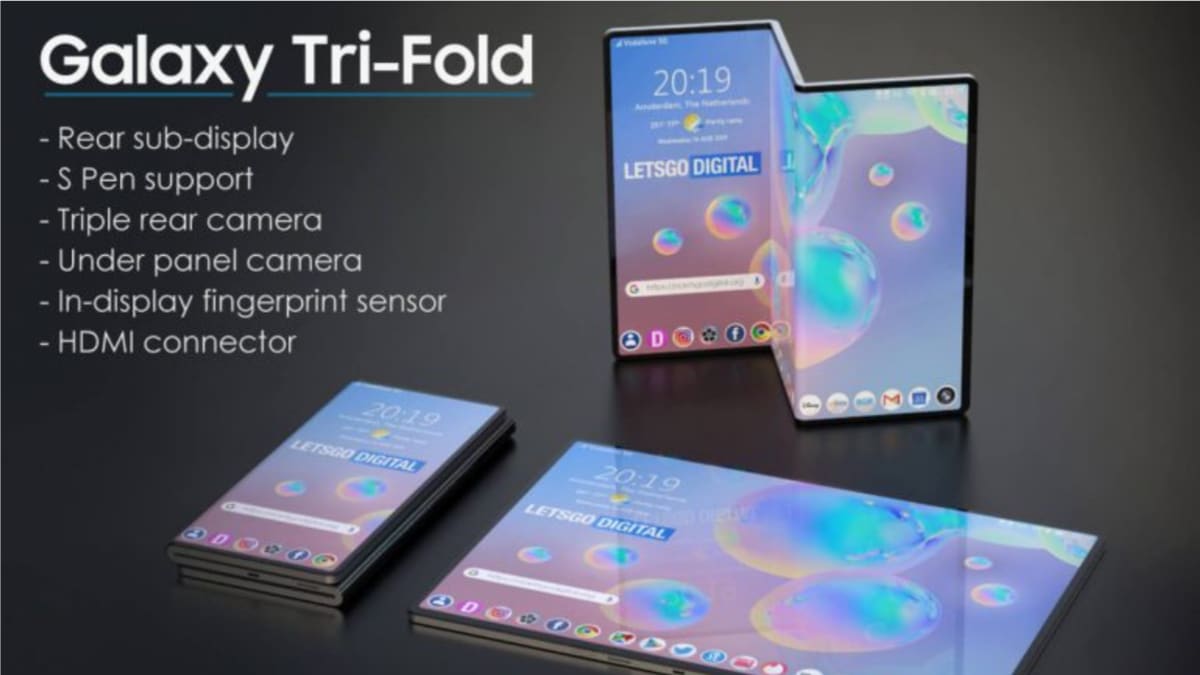 The Samsung smartphone maker is reportedly preparing to bring a unique folding smartphone in the future, which is said to come with a thrice-folding design. In the latest report, a patent picture of one such phone folding three times has been seen. Although, it is not clear whether this picture is of Samsung’s upcoming foldable phone, but there has been speculation that this three-fold foldable phone will be of Samsung company itself.

LetsGoDigital report informs that South Korean tech company Samsung has filed a patent with WIPO (World Intellectual Property Organization) for a three-fold foldable phone. A folding design with “Z” format can be seen in this patent. The phone will feature three displays, which when unfolded will give users a bigger display. Also, two hinges have been given in it, one hinge can be inward folding, while the other can be outward folding.

Apart from this, alleged under-display fingerprint sensor, S Pen support can be found in this phone.

Let us tell you, recently another foldable phone patent was allegedly revealed by Samsung, whose display you will be able to fold and slide as well. However, it was informed in the report that the company had patented this uniquely designed smartphone with WIPO (World Intellectual Property Organization) in June 2021. Information has been given in the patent description that this electronic device will be able to fold and slide.