Realme GT 2 Series Special Event will be held on December 20, Realme GT 2 Pro may be launched 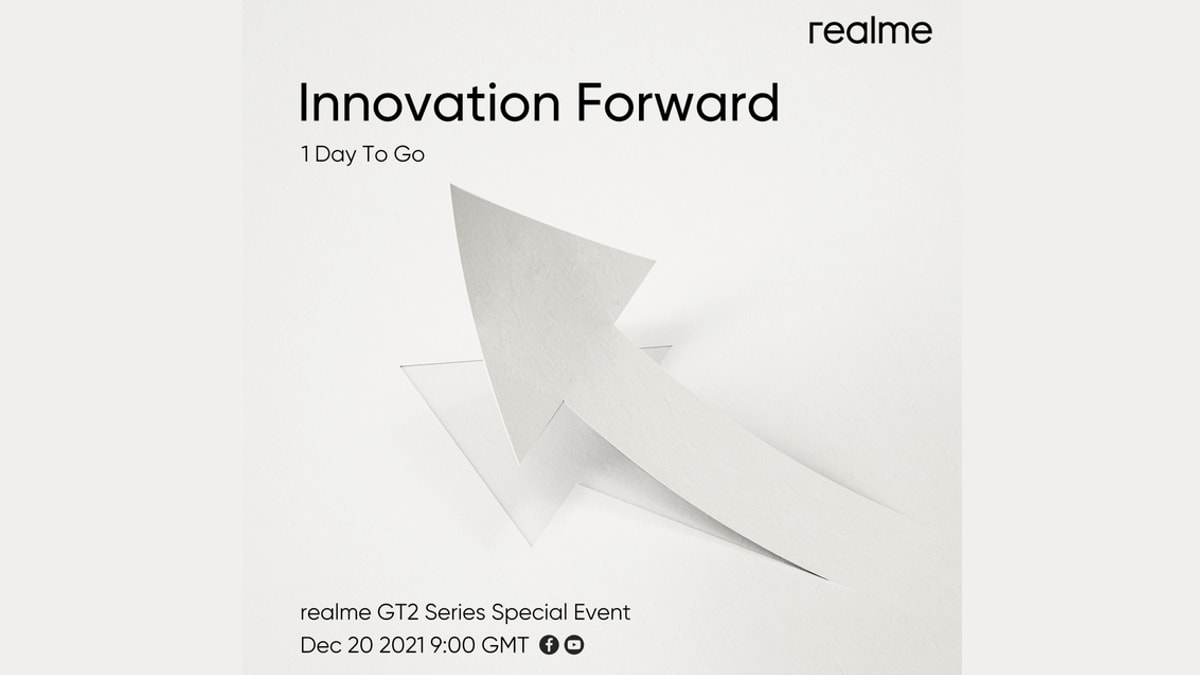 The Realme GT 2 Series special event is going to be held on December 20, where the Realme GT 2 Pro smartphone can be launched. The Chinese smartphone maker has confirmed that the company’s upcoming phone will be equipped with the recently launched Snapdragon 8 Gen 1 processor. It is being said about Reality GT 2 Pro that it will be equipped with 120 Hz display and 12 GB RAM. At present, the exact information related to the launch has not been disclosed, regarding the new Realme phone, it is believed that it can knock in India early next year.

On the official Twitter account of Realme UK teaser The picture has been shared, through which the Realme GT 2 Series special event has been announced. The event will be held virtually through Facebook and YouTube, starting at 9am GMT (2.30 PM IST) on December 20.

Realme has not yet disclosed the exact information related to the event. It is believed that the Realme GT 2 Pro smartphone can be launched in this event.

Let us tell you, in the month of June, the Realme GT 5G phone was launched as the latest smartphone of the GT series. At the same time, now the curtain can be raised from the company Reality GT 2 Pro smartphone. This can be the most premium phone of Reality. This phone will be the first phone from the company to come with Snapdragon 8 Gen 1 processor.

Recently, information was received in the leak that the price of Realme GT 2 Pro phone will be CNY 4,000 (about Rs 47,600). The tipster claimed that the Realme company can also launch a special variant of this phone, which will cost CNY 5,000 (about Rs 59,500).

This phone can be launched in India in the first quarter of 2022.

The 6.8-inch WQHD + OLED display can be given in the Realme GT 2 Pro phone, with which 120Hz refresh rate can be found. Apart from this, the phone will be equipped with Snapdragon 8 Gen 1 processor, with up to 12 GB of RAM and 512 GB of storage. For photography, the phone will get a triple rear camera setup, whose primary camera will be 50 megapixels. An in-display fingerprint sensor can be found in the phone.