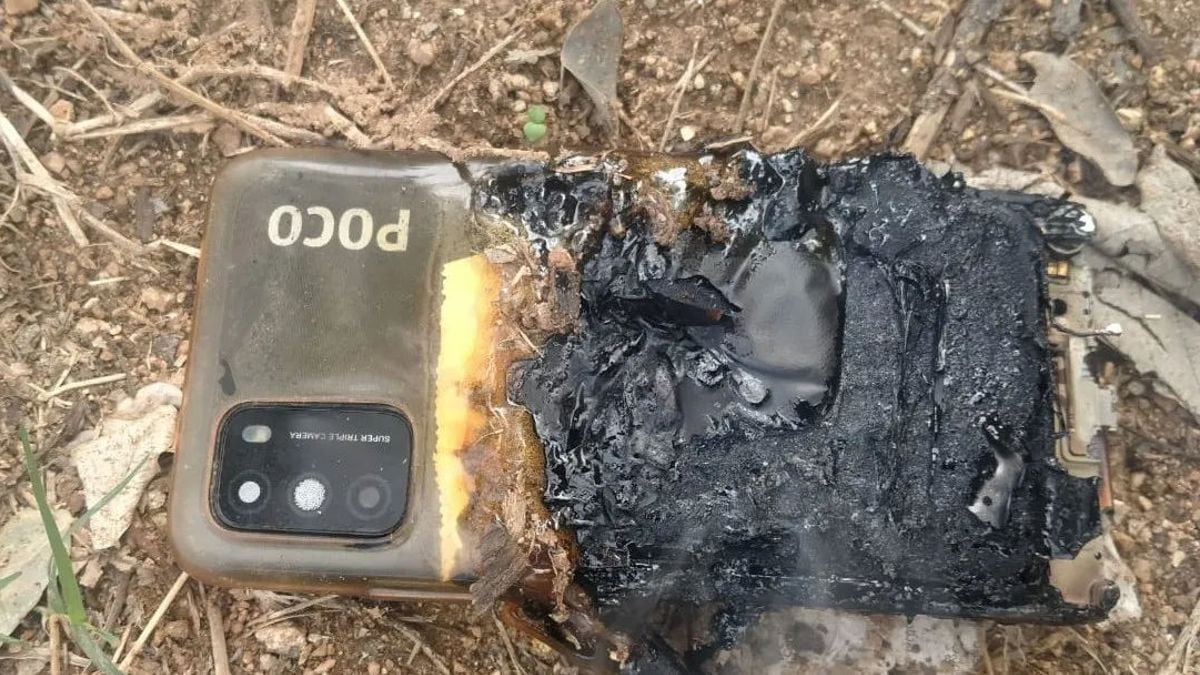 For some time now, we have read about several such incidents in which smartphones of various brands have caught fire or exploded. The latest news is also related to this, where a person has complained of fire in his Poco M3 smartphone. The shared picture shows that the fire was extremely serious as the entire phone has been badly burnt except the area around the camera module of the phone. Recently, a fire incident has also come to the fore in several OnePlus Nord 2 and a Vivo smartphone.

This incident happened on November 27. According to 91Mobiles, the incident was reported by the victim’s brother through his personal Twitter account (@mahesh08716488). However, upon our investigation, we could not find the tweet of the complaint in this account. The same website has also shared a screenshot of the tweet, which reads “My brother’s POCO M3 mobile got blasted this morning.” The picture of the phone has also been shared in this tweet, which is badly burnt. In this the top part of the phone is visible, and the bottom part is completely destroyed.

The complainant did not give any information about when and under what circumstances this fire started. What could be the reason behind this or whether he has complained to POCO after this incident or not. However, the company has acknowledged the incident. The company says that the safety of customers [कंपनी के लिए] Very important and the company takes such matters seriously.

The company said in an official statement that “Our team contacted the concerned customer as soon as the problem was reported and awaits their arrival at the nearest service center. We will investigate the incident in detail, and give our best to the customer.” Committed to providing support and addressing it on priority.”