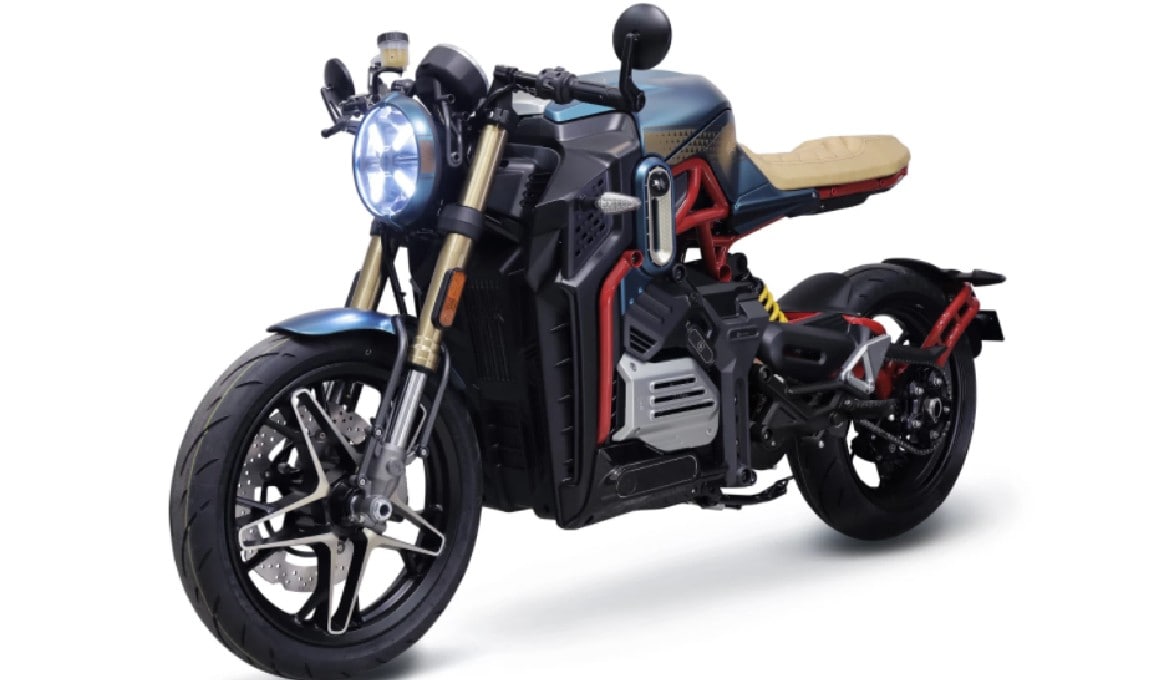 Taiwan-based electric motorbike brand Ottobike has showcased its CR-21 cafe racer concept e-motorcycle in Europe. The CR-21 offers a range of up to 230 kms on a single charge and can reach speeds of up to 130 kms per hour. Ottobike introduced the CR-21 Cafe Racer electric motorcycle during EICMA 2021 in Milan, Italy. The company says that this e-bike gets power from an 11kW electric motor, which will be capable of delivering the same speed as a 300cc bike.

The Ottobike CR-21 electric motorcycle packs a 9.6kWh battery. It can give a range of 230 km with an average speed of 50 km per hour. The e-bike gets 41mm upside-down fork suspension at the front along with a 230mm adjustable mono-shock at the rear. The Ottobike CR-21 gets braking power from Brembo disc brakes. The 17-inch wheels get ABS with Maxxis tyres. The bike also gets TFT dash and side stand safety sensor. Keyless start is also given in Ottobike CR-21.

With its sleek design, the Ottobike CR-21 is expected to hit Europe in the first quarter of 2022. However, there is no definite information whether this bike will be rolled out even then or not. Pricing details indicate that the price of the new Ottobike in Europe will start at €9,390 (approximately Rs.7,92,325).

Talking about some more powerful models introduced at EICMA, there is also an electric mountain bike named TY-M. It is said to be rolling out two variants. There is no information about the price of TY-M yet.

The segment of electric bikes is gaining momentum very fast. Many startups are also betting in this and presenting the best options to the people. Whether Taiwanese brand Ottobike will introduce its models in other markets as well, it will be clear in the coming time.