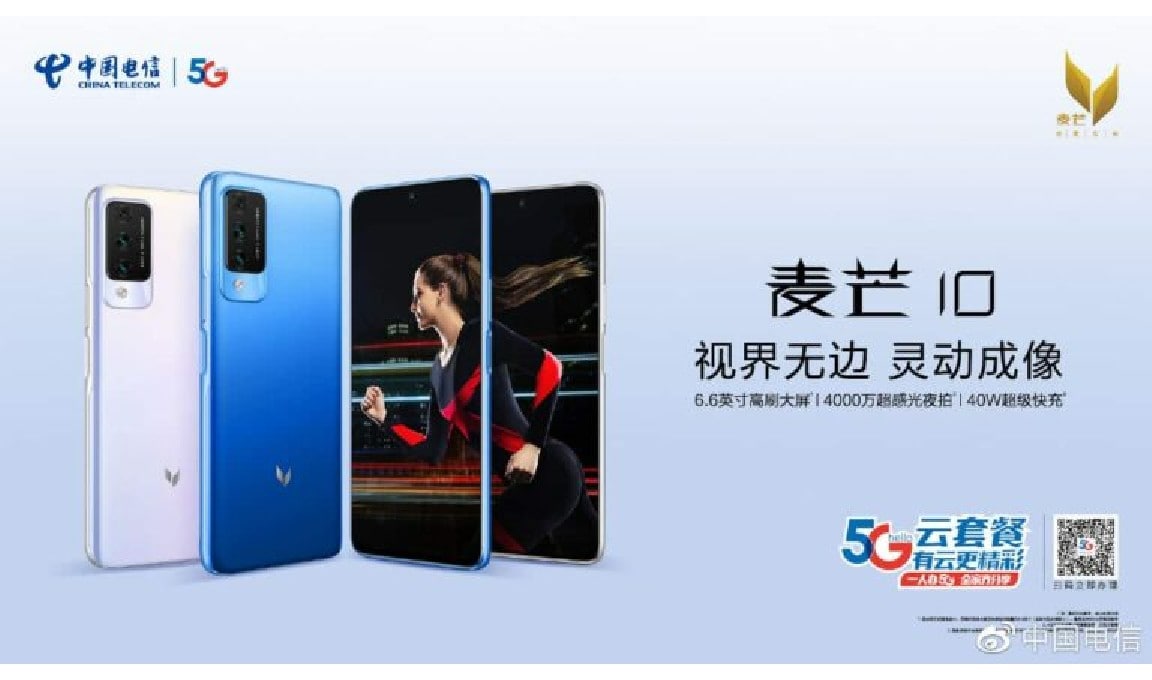 The Chinese brand ‘Maimang’ Maimang was formerly known as Huawei Maimang. The ownership of the company has now changed. Maimang has now come under the control of China Telecom. The brand new smartphone Maimang 10 has been launched by China Telecom for 2,299 Yuan (Rs 27,226). The special thing is that the branding of the phone has also changed. It will now be known as Maimang. It is believed that Maimang’s ownership and brand change may be due to the chip ban imposed on Huawei.

twitter user Yuri 1.9.8.4. According to reports, the Maimang 10 sports an ergonomic design with a curved back and rounded edges. The thickness of the phone is around 8.3mm. Its weight is 179 grams. Maimang 10 has a 6.6-inch LCD display with 2400×1080 resolution. The screen-to-body ratio of the phone is 94.2%. The display of the phone has a refresh rate of 90Hz and a touch response rate of 180Hz. The display comes with a punch hole cutout, which is placed at the top center.

Talking about the cameras, Maimang 10 has a triple rear camera setup. The main sensor in this is 40 megapixels. To support it, an 8-megapixel ultrawide angle lens and a 2-megapixel macro camera have been given. The selfie camera is of 16 megapixels, through which good photography and video calling are claimed.

Maimang 10 is powered by MediaTek’s Dimensity 720 processor, which makes it capable of supporting 5G networks. Four ARM Cortex-A76 cores and four Cortex-A55 cores have been given in this processor. Talking about the GPU, it is Mali-G57. Maimang 10 has 8GB RAM and 128GB internal storage. The storage can also be increased by inserting an SD card. The phone packs a 4000mAh battery, which supports 40W fast charging.

The Maimang 10 with 8GB+128GB variant can be pre-ordered for 2,299 Yuan (Rs 27,226). The phone has been introduced in three color options – Aurora Blue, Pearl White and Obsidian Black. The sale of this smartphone will start from December 24.