LG introduced the next-generation OLED EX technology, the display will get great brightness 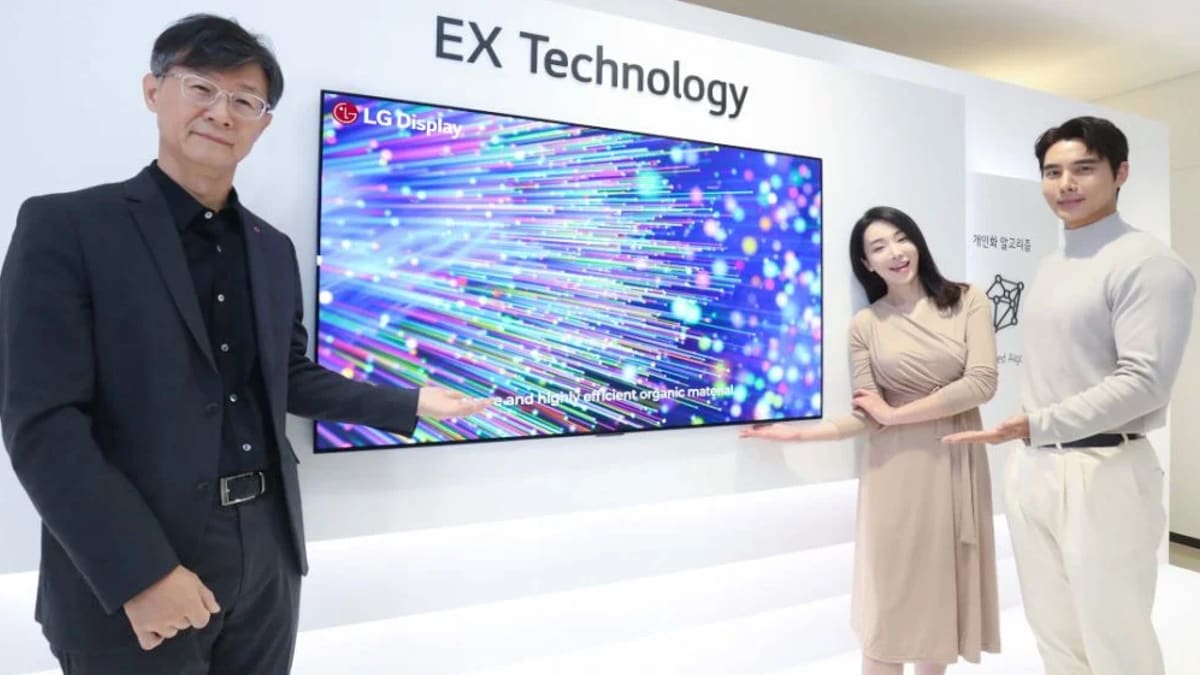 LG Display has launched its next generation OLED technology, which is named OLED EX. According to the company, this technology will provide 30 percent more brightness than ordinary OLED displays. Apart from this, this picture also boosts the accuracy. Also, thin bezels will be given in it.

The company has informed that two major factors have played a major role in the improvement made in the panel. The first LG’s OLED panel now uses a special element called deuterium. At the same time, image processing equipped with a brand new algorithm has now been added to the new panel.

In the second of the two changes mentioned above, LG has said that the new image processing will detect the use of each individual light-emitting diode in the TV based on a person’s viewing habits and accurately adjust the display’s energy input. Control, so that the colors and details of the video content being viewed on the TV can be accurately presented.

LG claims that the reduced bezel size with the OLED EX is a bit solid. The company says that based on the calculation of 65-inch OLED display, the bezels will be reduced from 6mm to 4mm.

LG is about to include OLED EX technology in all its OLED panels, starting from the second quarter of 2022. However, at the moment it is not clear how long it will take for this technology to reach all customers.