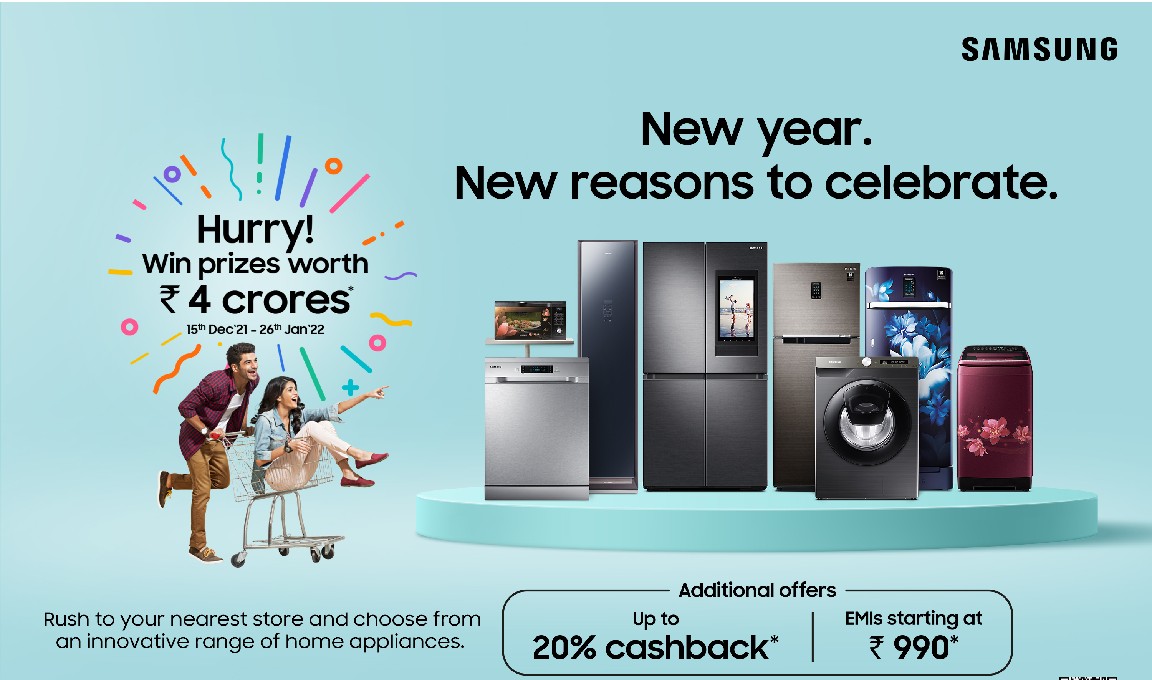 Samsung Samsung has announced a new year lucky draw contest for the consumers. According to the company, around 600 consumers who bought Samsung refrigerators, washing machines, microwaves, dishwashers and airdressers between December 15, 2021 and January 26, 2022 will stand a chance to win a Samsung airdresser, refrigerator or microwave worth Rs 4 crore. For this, people have to register on the microsite after purchasing the product and upload the invoice. The winners will be announced on four separate occasions during the contest’s timeline. Apart from Tamil Nadu, you can participate in this contest by buying Samsung Home Appliances from all the retail stores in the country. Samsung has brought another contest for the consumers in Tamil Nadu.

According to Samsung, consumers across the country can take advantage of offers like extra cashback of up to 20 percent and EMI starting from just Rs 990 during the offer period.

Samsung India Senior Vice President (Consumer Electronics Businesses) Raju Pullan said that 2021 is about to end. Samsung wants to make the Christmas and New Year celebrations great by rewarding its consumers for showing their love for us. That’s why we have created this contest.

Samsung retained its first position in global smartphone shipments in the third quarter of this year. According to a Counterpoint Research report, Samsung had a market share of about 20 percent in the third quarter. The company shipped 6.93 crore units.

The company has launched the Galaxy Tab A8 as the latest addition to the company’s Galaxy A series tablet lineup. Slim bezels have been given in Samsung Galaxy Tab A8. The tab sports a 10.5-inch TFT display with 16:10 aspect ratio. This tab has a quad-speaker setup with Dolby Atmos support.