Automated vehicles blocked the way for pedestrians after snowfall in Estonia 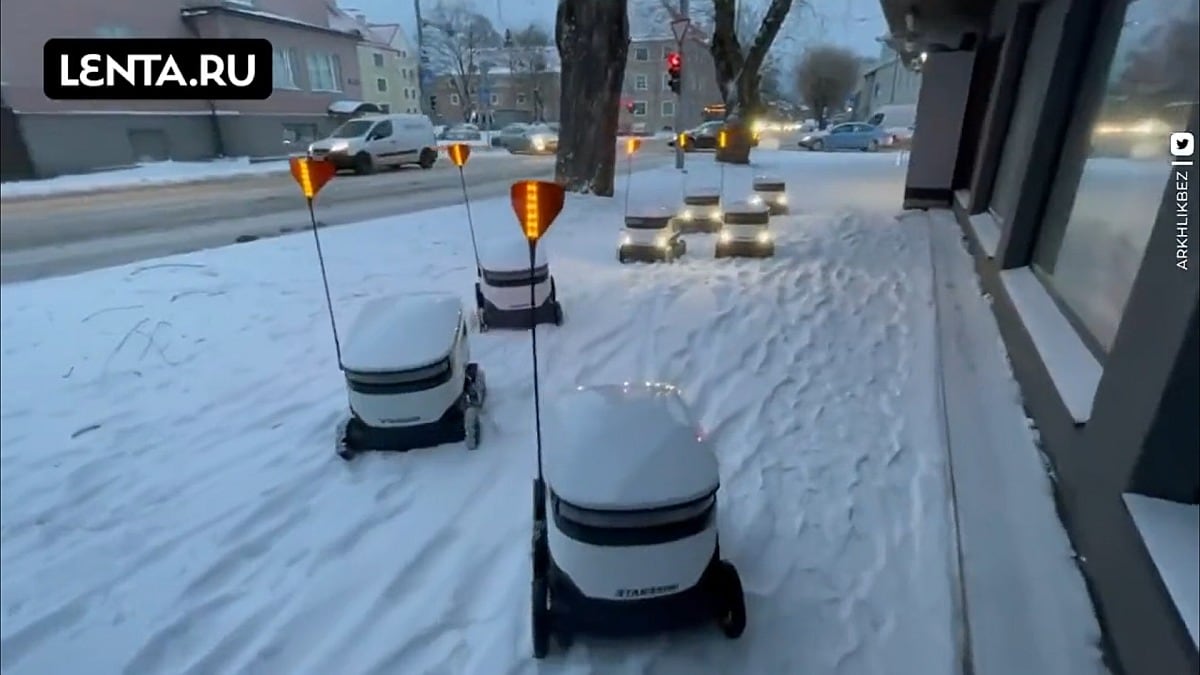 Traffic jams often occur on roads meant for vehicles. It is astonishing to find that automated cars are stuck on pedestrian paths because these cars do not have this route. However, something similar has happened in Estonia. Due to heavy snowfall, many automated vehicles got stuck on the road meant for pedestrians. However, one difference was that these were not large cars or trucks, but small robotic courier trucks that made it difficult to get through the snow on the road. The people who saw it were also surprised as they could not find a way to walk and they could not understand the reason behind these courier trucks getting jammed.

The Parliament of Estonia passed a law in 2017 to allow delivery robots on pedestrian streets. Till now there was no problem with these robots, but due to heavy snowfall, it was proved that this kind of experiment is not good on pedestrian paths. These trucks are stuck on a pedestrian path in Tallinn, the capital of Estonia. A Twitter user has shared a video showing how this experiment has failed.

Seven such robotic trucks are seen stranded in the video. Some of them tried to get through the snow but they could not do so. The 21-second video has so far garnered over two lakh views and many comments. These robots run at a speed of 6 kilometers per hour. They have sensors and cameras to take information about the surrounding path and conditions. The purpose of using these robotic couriers was to reduce the cost of delivery. However, due to not taking into account the heavy snowfall in Estonia, it is causing hardship to the pedestrians.

Estonia does not shy away from adopting new technology. Despite Estonia’s low population and no pollution problems, the government of Estonia is promoting electric vehicles. Strict rules have also been implemented in Estonia to deal with new variants of Corona.